He ranks among the most famous composers of the 19th century and is famous all over the world. He devoted his life to creating a new language in music. Wagner not only composed, but also wrote his own librettos. Ultimately, he even had his own opera house built. This is why his work is also referred to as a "Gesamtkunstkunstwerk" (synthesis of the arts).

HIs many paths led him throughout all of Europe. He lived in Switzerland for several years, an extended period of time in Zurich and later in Tribschen near Lucerne. Richard Wagner fulfilled his lifelong dream in Bayreuth, where he was able to carry out his plans for his own festival theatre. The Bayreuth Festival was held for the first time in 1876, and still attracts an audience from all over the world during the summer months to this day. 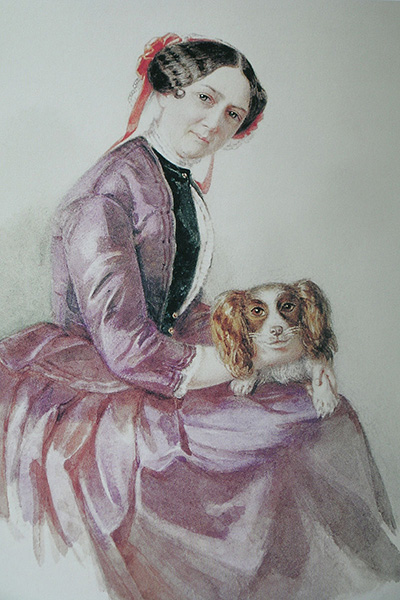 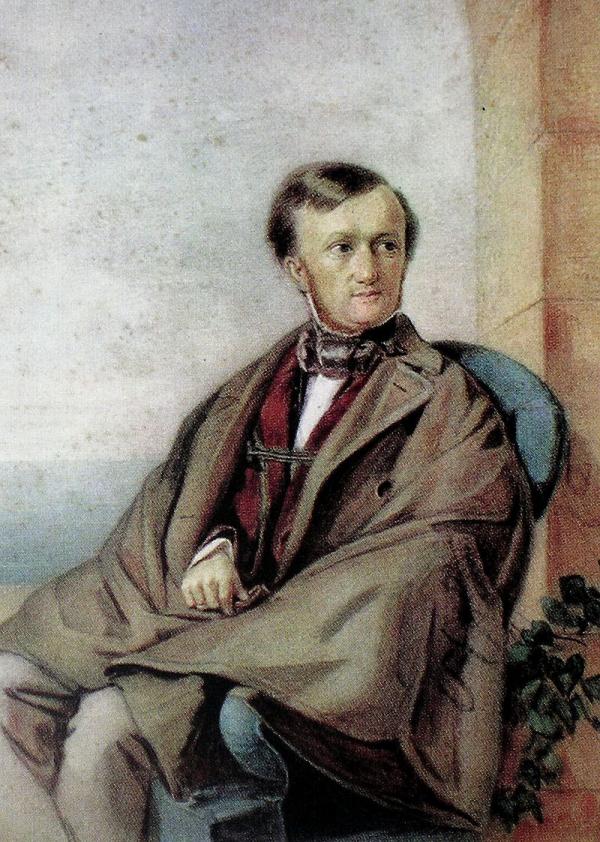 Wagner, 1853 in Zurich, as he began composing the "Ring"; aquarelle by Clementine Stockar-Escher

Richard Wagner composed a total of 12 music dramas. He completed "Das Rheingold" and "Die Walküre" of the four-part Ring Cycle during his stays in Switzerland. While in Lucerne, he was able to complete "Tristan und Isolde" (1859) and the "Meistersinger von Nürnberg" (1867).

Wagner married twice during his lifetime. His first wife, Christiane Wilhelmine Planer, also called Minna, was an actress and several years older than Wagner. She died of heart failure eight years after their separation. Cosima, his second wife, was the daughter of the famous composer and piano virtuoso, Franz Liszt.

The marriage ceremony between Richard Wagner and Cosima von Bülow was held in Lucerne in 1870. Their daughter Eva and their son Siegfried were born in Tribschen. Their oldest daughter, Isolde, was born in Munich.